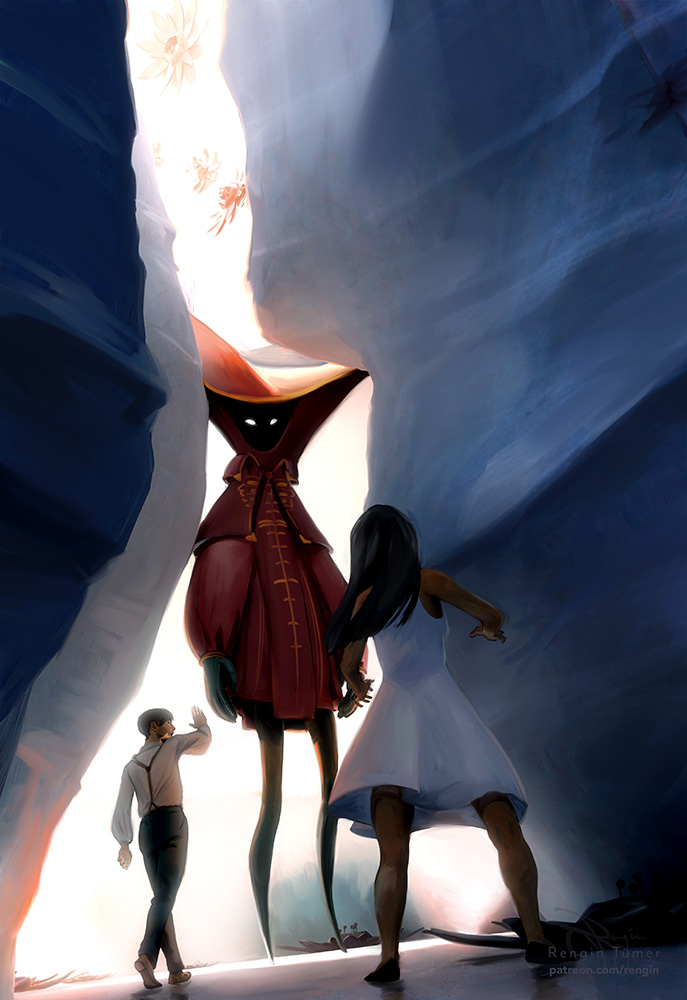 Nergui saw, in the forking chamber filled with a dozen tunnelways beyond, a robed figure standing almost as still as a statue, so tall and slim, it was as if his body had been stretched.

“Another one.” Dane tried to shift his tone into something more positive. “Think it’ll be as benevolent as the last?”

“Or,” she murmured, “as wretched as the three before that.”

Part of my ongoing illustration series for the Netherrealms.

0
We use cookies to ensure that we give you the best experience on our website. If you continue to use this site, you accept the use of cookies.AcceptReject