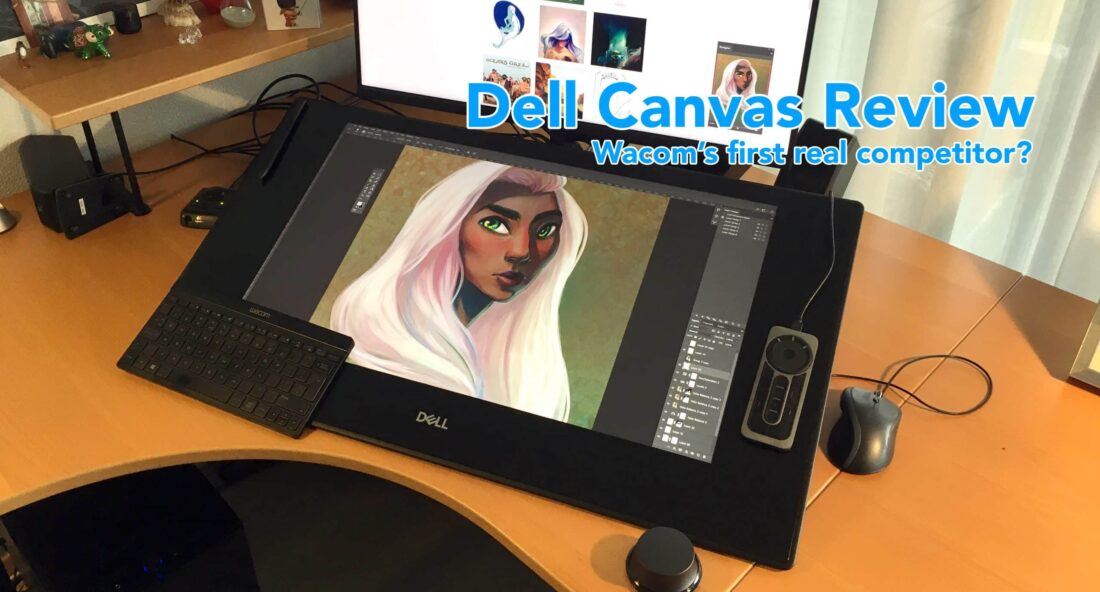 My experience in the past year

In my Dell Canvas review I posed the question: is it a worthy Wacom Competitor? Does it hold up to the standards of a high-end drawing tablet?

I’d say: yes. Definitely. I’ve been using the Canvas extensively over the past year, and even did some upgrades to the set-up with the help of my father-in-law. I’ve had one driver issue for which I contacted Dell, and two other contact moments for non-critical things (a message popping up that didn’t seem to do anything and trying to order a VESA adapter for the Canvas).

For the rest, I haven’t had any driver issues, overheating issues or loudness issues (honestly I’ve never heard the Canvas hum once).

As I said, I’ve since mounted the Canvas on an Ergotron LX arm. Instead of ordering the VESA mount from Dell, my father-in-law made me a plywood mount and painted it black. It’s been resting on the mount for a few months now to my great satisfaction.

The driver issue might have cost me a lot of time. Last December, my pen suddenly didn’t have any pen pressure anymore. I hadn’t set up any system restore points on my PC, so support suggested that I reinstall my entire PC. I refused to do so this early on in the troubleshooting process. It turned out that the person at support had no idea that the Canvas had drivers, since they didn’t come up in her support system. As such, she had no other option than to suggest me to reinstall the whole system to see if that fixed things (after suggesting to turn it off and on again). After I told her the drivers did in fact exist, she could help me more adequately and I ended up just reinstalling the pen drivers for the Canvas, which took all of 10 minutes. This was also my only critical issue in the past 13 months.

I’ve had some messages (I’d say about 5) from others having driver issues. I’m a one person sample of course, but like I said, I haven’t had any issues aside from the driver issue. If you have had lots of issues with the Canvas, let me know so I can include this in the write-up to give a more complete picture (but also let me know if you’re really happy with the Canvas, of course).

To summarize: a year later

Knock on wood, but I hope this tablet will service me for years to come. It’s sturdy, keeps cool, is silent, and its touch responsiveness is great. All in all, I’m very happy with it and I hope Dell will continue the line and update the Canvas in the future.

Tailored insights right in your inbox

More articles for you:

0
We use cookies to ensure that we give you the best experience on our website. If you continue to use this site, you accept the use of cookies.AcceptReject